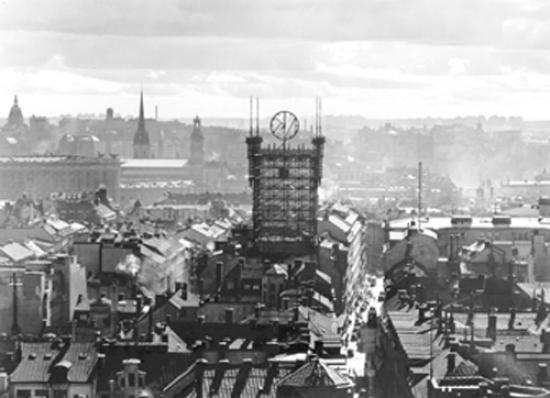 I was recently told by a friend that there existed a large telephone tower made of steel, (kind of like a square Eiffel tower) in Stockholm during the first half of the 20th century and after a short google run, this is what i found:

Apparently it was built in 1887, at a time when there were about 5500 telephones in Stockholm. Each of these telephones were connected to a wire that would leave the house or apartment suspended on small steel hooks and angles. It would make its way through the narrow streets of 19th century Stockholm eventually ending up in the tower. At the base of the tower, in the building it stood on, was a great hall where rows of telephone operators would connect the incoming signal to whatever outgoing cable the caller asked for. The signal would then leave the great tower, once again passing through the streets and leaping across the roofs, eventually reaching the house of the recipient.

The tower, acting like a full scale diagram, explains perfectly to anybody looking at it, the logic behind the telephone system. Imagine what the internet would look like, illustrated like this. Or how it would sound!

In a complaint sent in to one of the larger news papers at the time, a concerned resident of Stockholm complains about “obehaget af den olidliga musik, som telefontrådar kunna åstadkomma, och många hafva nog lidit af deras nervskakande disharmonier”. (I found this quote on a blog and haven’t been able to validate it, but it is so well put that I decided to post it) In short, it’s about the “nerve wrecking disharmonies” that the wind blowing through the web of cables produced.

By 1913, all the telephone wires in Stockholm had been put underground and the tower was left as a landmark and monument. In the 50’s, sadly, a fire in the building bellow forced it’s demolition and the towers sillhouette in the Stockholm cityscape was, in time, forgotten. 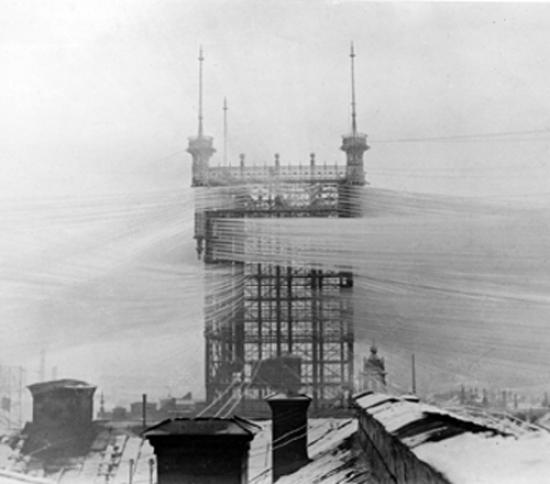 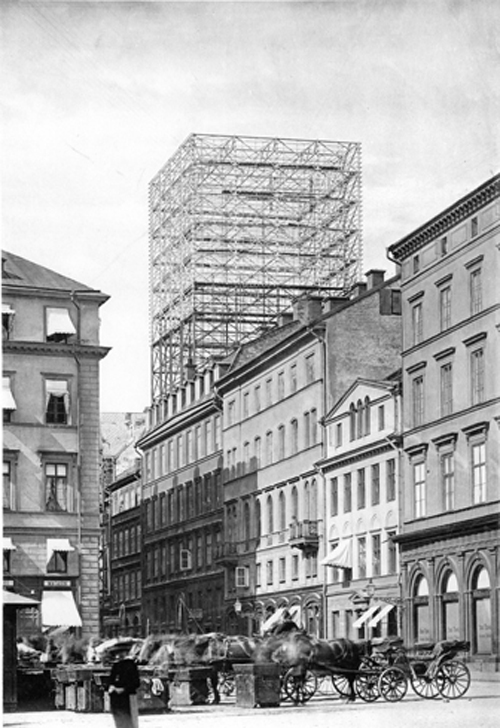 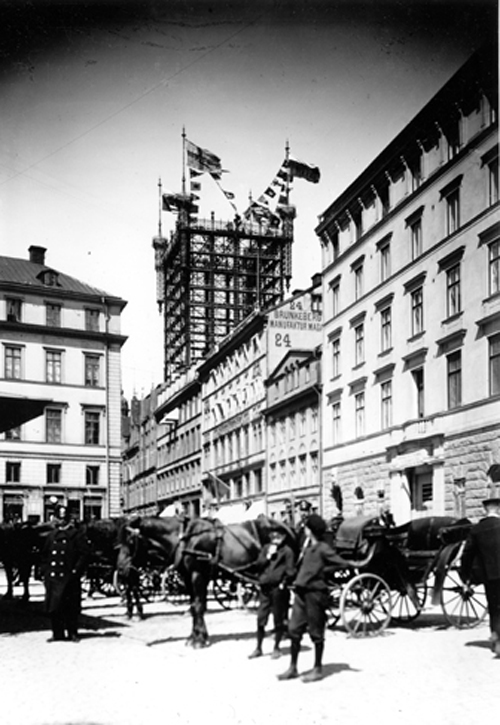 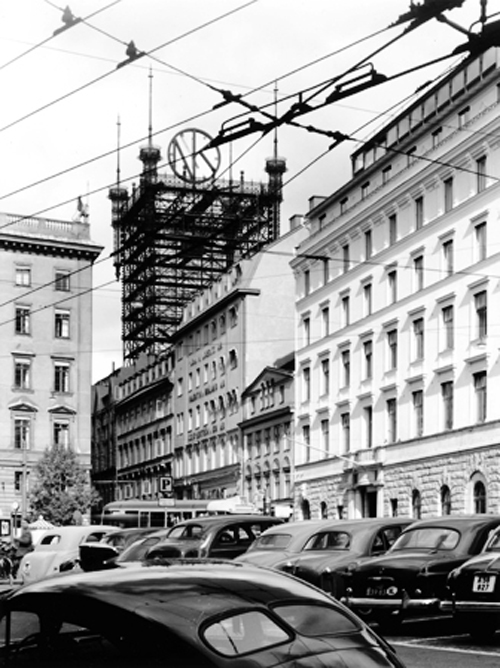 More images and information (in swedish) at the website of the telephone museum of Stockholm.