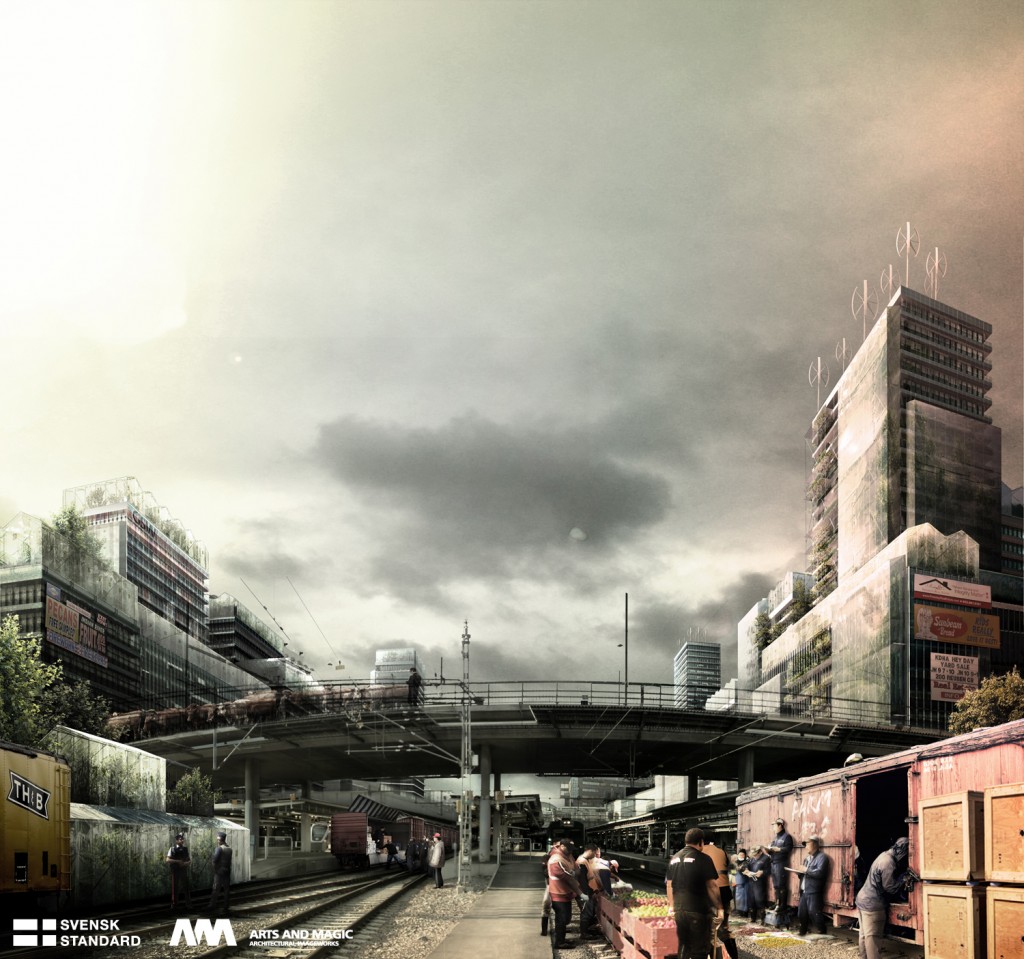 Between the 28th of January and the 22nd of March 2013,  Svensk Standard will be exhibiting at the KTH School of Architecture. The exhibition, entitled “Human Resources: Zombies, Architects, and the Politics of Unwaged Labour” was commissioned by the School, forming the School’s 2013 Teacher Exhibition.

The exhibition has two components: (i) a graphic presentation of a project undertaken in 2012, whereby the group created concept art and a series of strategic scenarios for the upcoming film, The Unliving; (ii) a talkshow, called “Human Resources”, comprising 4 episodes, that – building on our own work with The Unliving and other projects – takes up and questions the way in which architects variously romanticize, exploit, reject or strengthen a culture of unwaged labour (of working for free) through their practices.

The first episode of the Human Resources talkshow, entitled “För arkitekturens skull”, will be filmed in the triangle at the School of Architecture on Thursday the 31st of January at 6pm. It will be based around two twenty-minute discussions and will be open to the general public. More info to follow.