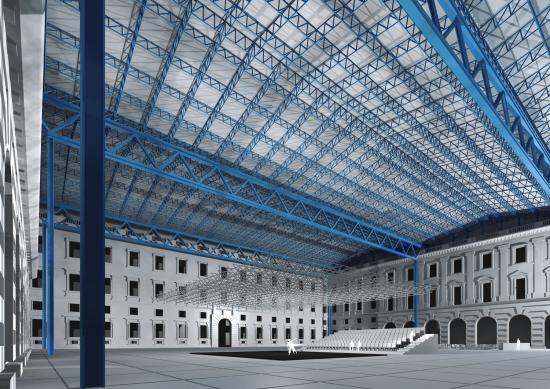 Due to the refurbishment of the the modern dance theatre at Skeppsholmen, the The theatre has to move to another venue for one year. This project propose to move the dance theatre to the courtyard of the royal palace in Gamla stan, Stockholm. The courtyard is currently almost never used and is one of the biggest non built areas in the inner city of Stockholm. Instead of building a small theatre in the courtyard, the whole courtyard is covered by a roof consisting of four big beams and a scaffolding cassette roof. The roof is put on pillars to make it a self supporting structure and not touching the palace itself. The roof makes the courtyard a totally dark and silent space. The scale of the room contra the program of the modern dance theatre is somehow absurd and eliminates the need of walls between the different program functions. The program functions can be seen as furniture put out in this big room. 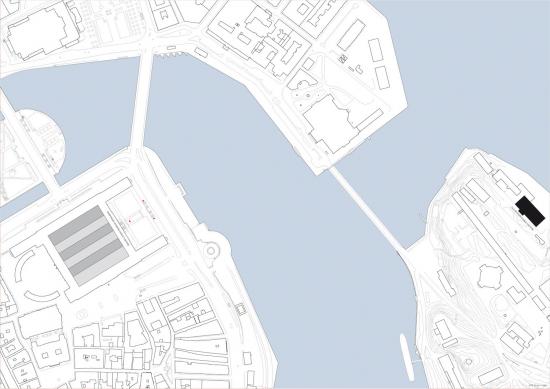 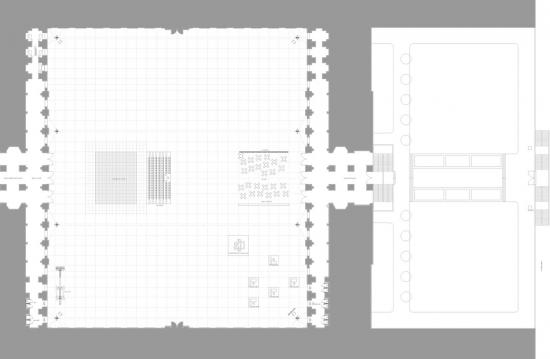 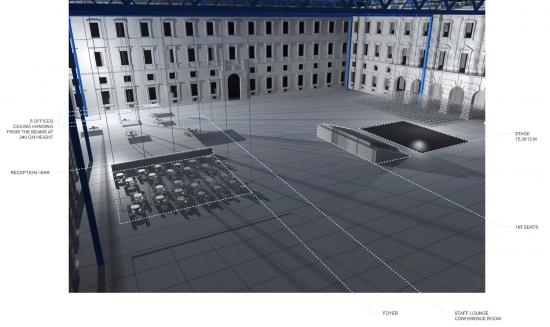 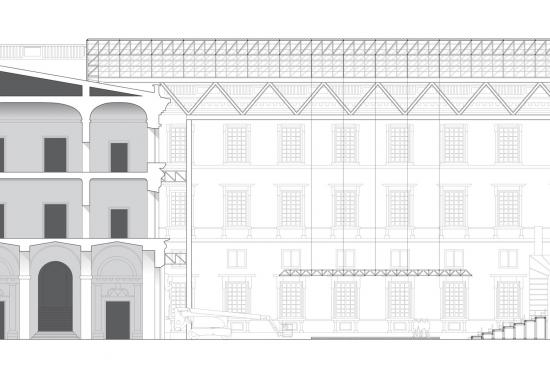