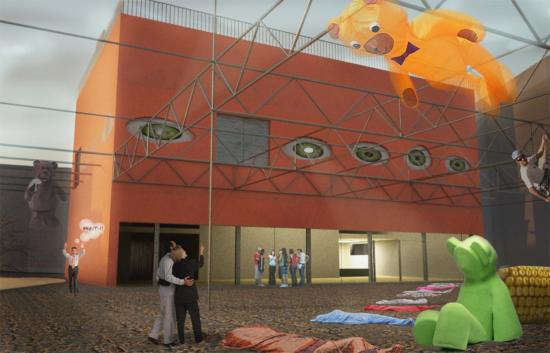 A new Centre for Architecture & Design in Stockholm

In 2002, due to mold infestation, the Museum of Contemporary Art in Stockholm had to close down its recently completed building. This left the institution homeless and as a result one of the most successful and appreciated exhibition campaigns in Sweden was initiated; called “Moderna Museet c/o”. For more than a year the institution would “move in” with other institutions. Lending out its artworks or curating exhibitions in spaces belonging to others, all over Sweden.

An old postal terminal in the heart of Stockholm became the hub of these activities. Here, a smaller building and exhibition meant lower maintenance costs. Therefore they could use their resources to create an intense exhibition program called “Udda veckor”, with new exhibitions
starting every two weeks. Moderna museet was described by the people working there as “intense, lively and a lot of things going on” during this period.

This example will be used as a starting point for the new Centre for Architecture & Design.

The idea is to create a small permanent building accompanied by a large public exhibition/workshop space with low maintenance costs. Thus creating the best possible platform for a centre that often wants to change their content and keep up to date with contemporary issues in architecture and design.

The space for temporary exhibitions, however, will be moved next to the School of Architecture in a different part of the city. This will create a program mix that could nurture both the Centre and the School and expose the school to a wider audience.  There would also be a natural presence of students and staff related to the faculty benefiting the Center. 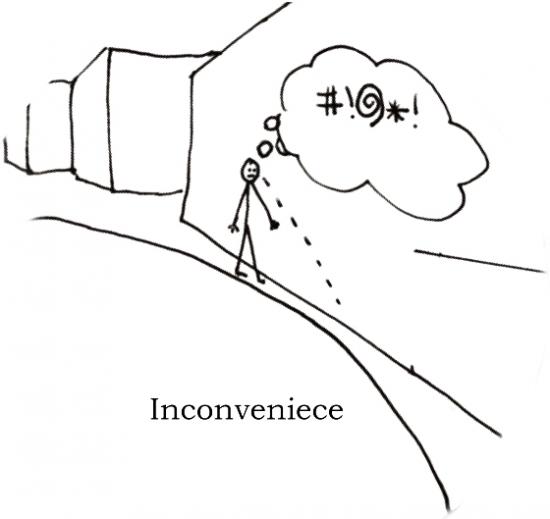 The physical environment of the modern swedish city is controlled by restrictions that we didn’t have a hundred years ago. A vast number of regulations create a framework for the city, which in the end makes it look and function in a homogenous way. This project has the ambition to break some of the “rules” by ignoring some otherwise very dominating building regulations. Thus affecting the visitors and passers by with it’s unusual relation to it’s surroundings rather than with it’s visual qualities as an architectural object.

Could a greater awareness of the impact of design solutions on everyday life be achieved
by deliberately using inconvenient and “bad” solutions for the project? 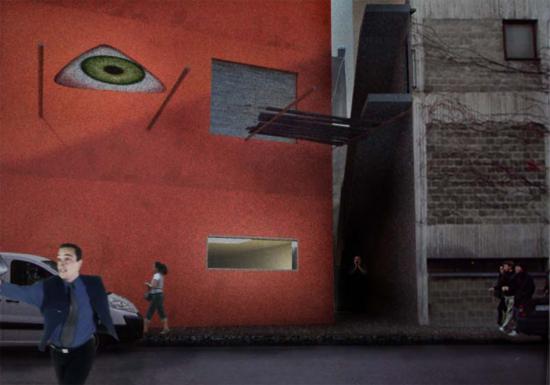 A common way to get people to react to architecture, is to design a building that impresses with it’s visual qualities. What if the building could be as dramatic in it’s relation to the function of the surroundings? The ambition has been to make a programatic and emotional impact on the passers by, whether they want it or not. The project forces itself on the surroundings, making it hard not to react to, even if you’re not a visitor: A pavement that narrows down to nothing, forcing the passers by to walk around the the building, a narrow alley on the backside, an outside exhibition that appropriates the public and private space in front of the centre.

Introducing inconvenience and estrangement in the urban environment, in front of the building, could be a tool for creating awareness of the built environment around us. Especially in an urban landscape that otherwise is dominated by strict regulations on how the city should be developed, functionally and aesthetically. 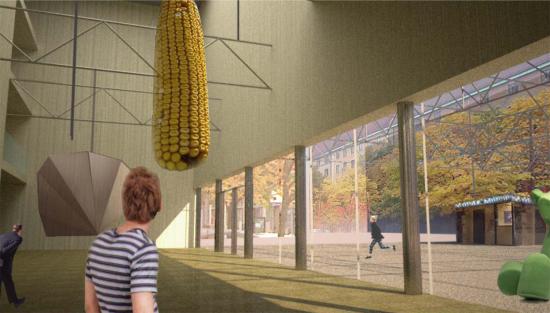 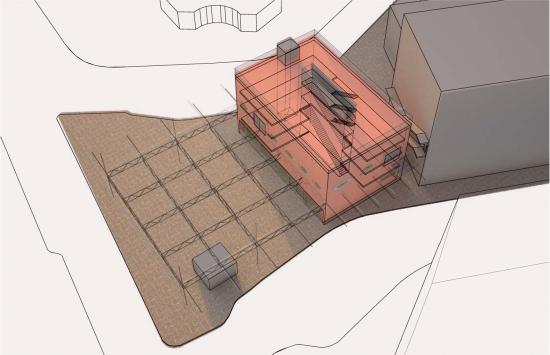 The interior consists of a permanent structure which houses the most basic functions, such as storage, WC and services. In the central room other functions such as exhibition, workshop and offices can grow or contract. The space can be re-organized with a temporary structure, scaffolding, which can be mounted to allow extra space when required.

“The urban stage”, a public space administrated by the centre, is a tree dimensional steel framework. An extension of the permanent building where temporary structures, installations, artworks, objects, equipment could be attached. 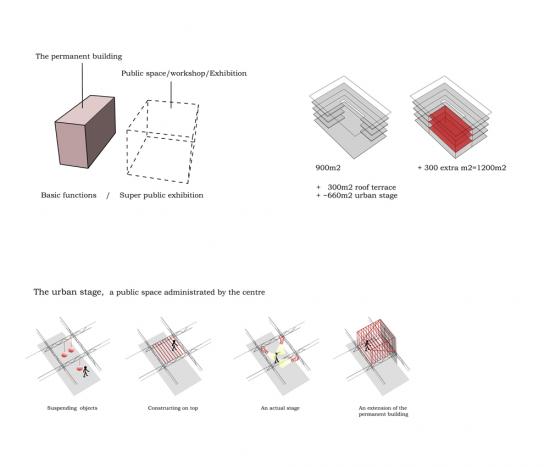 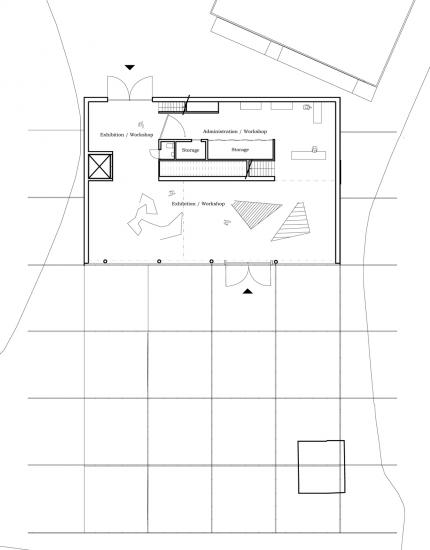 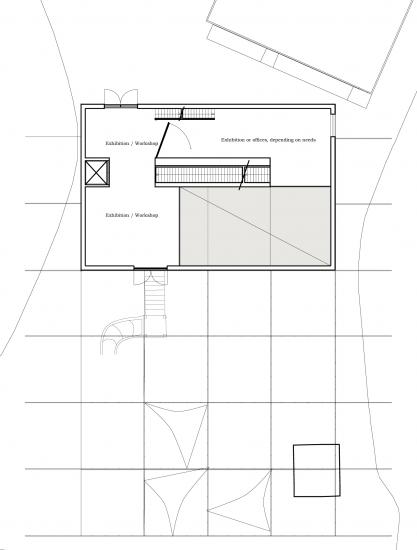 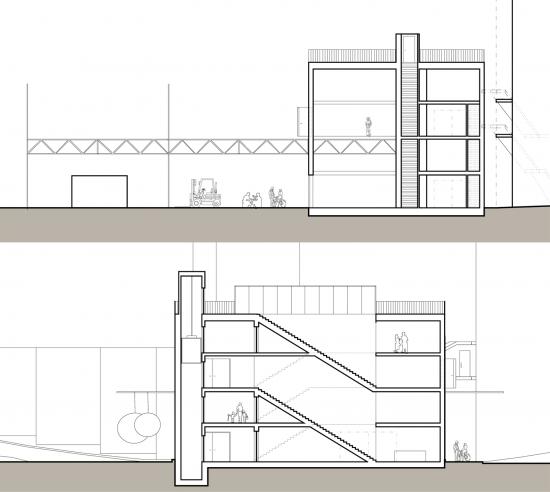